The Utility Management App For Crews

For Utilities
Ziptility is the only app utility crews need to find, fix, and manage assets in the field.
See Features
For Engineers
Transform your engineering firm with live as builts and digital asset management plans.
Go Digital

If you're like the rest of the world during the quarantine, you've probably been binging "The Last Dance" documentary like the rest of us or been envious of others talking about a later episode released that you haven't caught up with.

The documentary provides never before seen footage behind the scene of the Bulls rise from anonymity in the 1980's, to their dynasty teams of the 1990's, who won 6 championships between 1990 - 1998. The aptly named docu-series focuses on the Bulls' final run in the 1997-1998 season, given the title, the "Last Dance" by Phil Jackson, who sensed that this particular season was likely to be the end of an era due to contract fueds, aging players, management discrepancies, and infighting amongst the players.

The most important players during the championship run

If you grew up in the 90's and were remotely interested in basketball, it's likely that you imitated flying through the air like Michael Jordan and playing defense like Pippen while playing with your friends in the driveway. They were the stars, and the biggest stars on the planet. Not only did they have incredible physical traits but an unmatched tenacity, work ethic, and fierce desire to win and prove others wrong despite them being on top of the game.

We rightfully followed these two players the closest. But what many people miss is the incredible cast of selfless champions that supported this unprecedented championship run as role players.

In the moment, we also seemed to under appreciate the genius of Phil Jackson and his management philosophy.

Phil Jackson built a culture that focused on empowering each individual, selflessness, quieting the mind, focusing on the moment, and not worrying about the outcome but focusing on the process.

Much of his time and energy was spent on fostering communication, process, and chemistry between the different pieces of the team. He gave them a set of principles and processes for them to adhere to, so that they can think and play freely.

One of the greatest things he developed while with the Bulls, and perfected with the Lakers in the early 2000's was the Triangle offense, which allows his players to be coaches on the floor. They have a set of plays and actions that they can execute based on what they see, and the freedom to communicate and flow freely within that system.

Don't confuse the free flowing nature of the system, for them not having a process. Players are supposed to have the proper spacing, know their roles, and through 1000s of hours of practice, their able to react based on what the defense is giving them.

Having players like Shaq, Kobe, and Michael Jordan help a little bit too. But, there's something important to this idea of having a system, that your players can execute based on what they see.

How can we apply Phil Jackson's Management philosophy to meter and customer service?

If you're managing a water utility, you're managing a complex organization just like Phil Jackson. You have to manage maintenance crews, meter service technicians, contractors, and treatment staff. In addition, you manage communication with customers, boards, and regulators.

It's a complex job with many moving parts. By focusing on outcomes, but not on processes, many utility managers force their teams into a reactive (losing) way of operating. If you want to manage your utility like Phil, it’s important to implement some of his best practices.

‍
In the utility offseason (“rainy days”) experienced managers spend their time fine-tuning their standard operating procedures to include clearly defined meter service tasks. Each task includes three or more steps (i.e. “perform a visual inspection”), instructions for each (i.e. “Check around the rim of the pit for standing water), and the conditions in which these steps might change (i.e. “If the customer isn’t home…”).

Just like the triangle offense that the Chicago Bulls perfected in the 90s, the best process usually contains plays that are simple, repeatable, and flexible enough to adjust to any circumstance.

After you’ve defined your plays, it’s time to start executing. Meter service is a team sport, just like basketball – so it’s critical that each player know his role, play for his teammates, and communicate clearly “in the trenches.”

This means that every service tech has their own real-time daily to do list on their cell phone so that they can execute the tasks assigned to him or her directly.

‍
As they work through the job, they document the results as well as any helpful information about the site, customer, or meter. Location measurements, photos, and updated meter numbers are easy to grab on-site and may be helpful to other team members later. If a job can’t be completed, or if the tech is unsure how to proceed, they’re instructed to ask for help from the office manager or another meter service tech publicly, so that the rest of the team is informed and able to adjust their own play accordingly.

Most importantly, great teams (and great organizations) do what they can to get better every day.

Every great utility manager, like Phil Jackson and all professional coaches, monitors his teams’ performance and holds each player accountable for his decisions. By requiring photo documentation of important tasks (tightening the lid on every pit, leaving door tags explaining customer responsibility, etc.) he’s able to encourage good decision making from every team member.

If an individual isn’t performing as expected, a solution like Ziptility gives managers the evidence he needs to coach – and sometimes discipline – the player appropriately.

Hopefully this helps your meter and customer service teams fly like Mike ;)

Ziptility is only app utility crews need to find, fix, and manage utility infrastructure. Ziptility is used daily by utility crews in the field to stay connected and track all work in real-time. See how it works.

More From The Blog 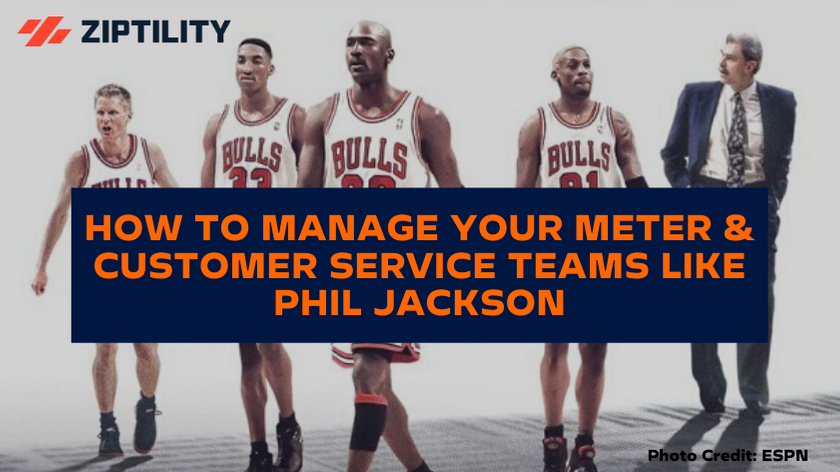 If you're managing a water utility, you're managing a complex organization just like Phil Jackson. You have to manage maintenance crews, meter service technicians, contractors, and treatment staff. In addition, you manage communication with customers, boards, and regulator 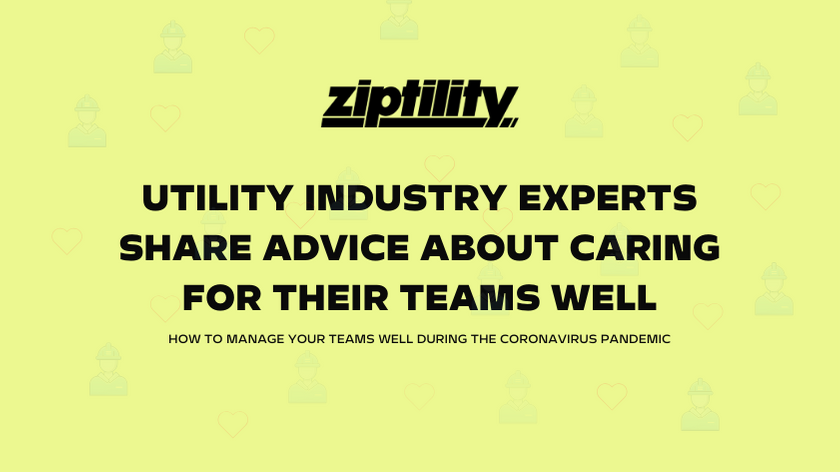 Utility Experts Share Advice For Managing Through The Coronavirus Pandemic 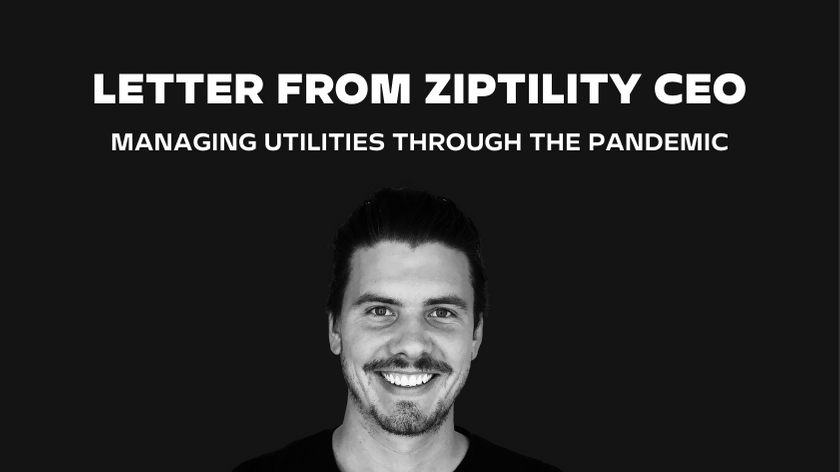 Now more than ever, America is relying on essential utility workers to keep us healthy. We thank you for your service.